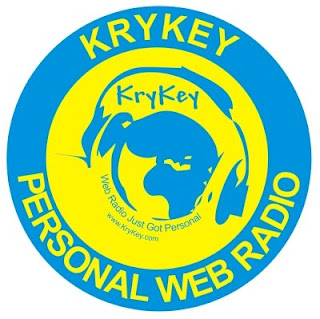 In a world of music that the ipod has turned upside down, the market of computer music products is full to the brim and highly competitive. MP3 sales is now the standard marker for a music artist’s success. Music in the digital age is pegged to tech developments. KryKey is a disruptive technology that has the potential to set the new standard for music listeners and makers alike.
Web radio is the ‘in-thing’ in the tech sector. The recent annual tech show in Las Vegas was full to the brim of internet radio products. A study has predicted the ‘web radio’ sector to draw in $900 million revenue this year. There is an expected compound annual growth rate of 29.7% That web radio is the fastest growing area of the World Wide Web is in no doubt. What the sector has lacked until now is a platform to incorporate potential broadcasters to supply the channels necessary in the radio boom.

KryKey is the perfect platform for the Web Radio Station. It simply allows you to create your own PRS (Personal Radio Station) where you can invite other people to act as DJs. The KryKey software incorporates an easy-to-use MP3 streaming interface, where you create playlists of MP3s you upload. Today in a terrestrial radio studio, it is normally a similar digital interface that is used to play the music. What KryKey does is reverse the traditional radio barriers, of it costing so much money to set a studio up and being incredibly expensive and tightly regulated to conduct a broadcast, which has certain broadcast limits. You can set up and run your KryKey PRS from your own living room or office, with DJs not even having to be present with you but sat in the comfort of their own homes.

How is the station funded? People initially told about KryKey suspect that it is an ‘under-the-counter’ pirate radio broadcast service. Sure there are places on the net where you can set up internet pirate radio, but the quality of the stream is appalling, there are server issues and no guarantee of station stability. KryKey uses incredibly powerful US servers and one of the most important feedbacks received is that customers are very satisfied with the volume and 128 bitrate quality of the KryKey stream. KryKey earns its revenue through advertising on the station. One of the options for PRS owners is to create their own advertisements or promo dittys. If, as a station manager, you are unhappy with having short advertising intervals there is a subscription service available to ensure your broadcasts are advert free. The station needs revenue as according to radio laws it has to pay royalties to artists that are played on the KryKey network.

KryKey is a truly globalised service. Involved in the running of the company are Americans, Australians, Belorussians, Indians, British & Bulgarians. Web radio stations can employ DJs from all over the world. Presently there are over 130 KryKey PRS running on every continent, with growth rates of PRS creation becoming exponential.

The service is still in its Beta test format and new features are becoming available to increase the facilities for broadcasters. Hot new developments include a live broadcast facility where a mixing desk can be linked to the PC. Enhanced studio features and customisable homepages are due and also a chat and phonein facility to enhance audience participation in shows. Unlike other competitors in the computer music world, KryKey is not just a music streaming service. It allows real live radio. There is a microphone option so each track can be introduced and broadcasters will have to ensure that their shows are well-presented if they want to retain listeners. KryKey truly is innovative and has the potential to really bring the world of web radio to the websurfers feet. The hardware for web radio will sweep the market over the next few years and as portable listening devices incorporate web radio streams, it is most certain that the world of radio has never been a more exciting place to be. Get yourself KryKeyed and set up for the revolution!