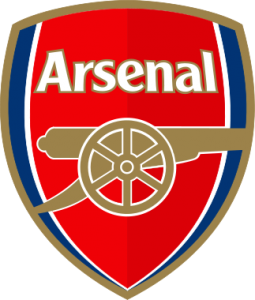 Well, this is the big clash. Ever since the fixtures list was published I’d been eyeing up today’s date as one to watch. Arsenal are a very testing side, one of the most consistently best sides in the Premiership and an away fixture against them is always a challenge. I think our current form and good league position has been helped by a kind fixture schedule so far. Today’s clash will be a big challenge, probably the first time all season we have faced a team residing ahead of us in the league. For all our good cheer, Arsenal have been grinding away and have been top for the past month, with few really acknowledging their almost flawless campaign. For all the criticism of their summer transfer market policy and action, Arsene Wenger’s side are actually having their best run in years. A stable side can often outwit a team full of changes and Arsenal are no slouches. Since the departure of Ferguson, Wenger takes over as the most experienced league manager. He is as cunning as a fox and tactically few can match his astuteness. Brendan Rodgers will face a true battle today and should we overcome Arsenal, then maybe talk of us winning the league can be actually taken seriously.

The timing of the fixture is actually quite good for Liverpool. Arsenal were defeated at the hands of Chelsea midweek in the Carling Cup, and at the Emirates. OK, it was a second string side, but a defeat is a defeat and it will have hurt morale. Liverpool have skipped through their dip in form and last week against West Brom was, perhaps, our best performance all season, with the resurgent Luis Suarez really standing out. Of course, the transfer market controversy will be on the tip of everyone’ tongue and Luis today will be under the spotlight. Hopefully he will prove his true value to us today and be keen to demonstrate to his suitors that they really did miss out on a legend.

The Gunners did make one key signing and German attacker Mesut Osil has been proving himself to be deadly, although perhaps with fewer headlines than our notorious SAS. Both sides will be welcoming back key players. Mikel Arteta, the former Evertonian will be back to boss their midfield after a suspension, and we all know how anyone linked to our derby rivals likes to up their game when they face Liverpool. For Liverpool, the much lauded Philippe Coutinho will be back available. Will Rodgers throw our Brazilian star back into the mix from the start or maybe he will have to have some impact from the bench? Aly Cissokho will continue deputising for the injured left back Jose Enrique, and the game could be a big challenge for the premiership newcomer, who has looked a bit shaky in adjusting. Theo Walcott could prove troublesome down that side. Last time out against Arsenal him and Oliver Giroud scored two early goals in a game where we luckily salvaged a 2-2 draw. Arsenal, however, won the two games prior to that against us.

The fixture is likely to be exciting, with both sides playing open, passing football. It is the clash of the early titans and the pressure is on for both sides. For, Arsenal it heralds the start of a mini-run of key games against us, Borussia Dortmund and Manchester United. They will be hoping not to slip up. Equally, everyone is suggesting it is the true test of Liverpool’s ability to infiltrate the top four. We had a good home result against Manchester United in the league, but to take 3 away points today would be a genuine achievement.

I think that Suarez and Sturridge will be the key to our ultimate victory though the defence will have to be extra cautious. The new defensive system is far from fallible and today it will come under a lot of heavy pressure. Let’s hope all our players can step up and that we can start to prove our true pedigree for title contention.

The game kicks off at 5.30pm and will be televised on Sky Sports 1.

Review: Nothing to Envy: Real Lives in North Korea ›