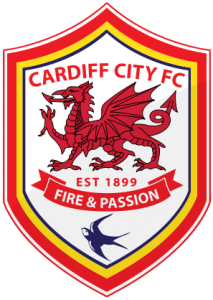 The Christmas games are upon us and we have almost reached the traditional halfway stage of the league season. Liverpool are sat happy in second and a win today will put them top with Arsenal needing a victory on Monday against Chelsea to regain number 1 spot in time for the festivities. Liverpool fans are in ebullient mood after last week’s demolition of Tottenham. Three straight victories and possibly the world’s best player in untouchable form… All looks good for the Anfielders…

Cardiff City come to a tricky away fixture in what has been a bad week for them. They lie in fifteenth in the table, only four points from the drop-zone, but a win today would take them to tenth… It hasn’t been a bad season for them really. For novice top-flighters they are doing well with some impressive results against top sides including a victory against Manchester City and a good draw against Manchester United. This week has seen controversial Malaysian owner Vincent Tan issue an ultimatum to manager Malky Mackay to either resign or be sacked. t’s provoked a great deal of sympathy and reaction for the manager, including in particular from his former colleague, Brendan Rodgers, who was one of the first people to stand firmly behind the under pressure boss. Personally I think that the Cardiff City fans should have forced Vincent Tan out when he started making irrational decisions about their kit colour. How a team nicknamed ‘The Bluebirds’ should be forced to change to red, God only knows. Just imagine the furore if Liverpool suddenly changed colour to blue… It just wouldn’t be possible. We, as a club, know exactly what problems bad owners can cause after the Gillett and Hicks saga. Cardiff should maybe learn from us and see how it is possible to get rid of bad owners, if it is perhaps more difficult than changing manager.

On a positive note, something I noticed about a month ago, was an announcement by Liverpool and Cardiff City that both clubs have mutually agreed to offer supporters a discount on tickets for the two matches they have scheduled this season. All supporters get a five pound reduction at the Anfield turnstiles and there will be a similar discount in the Cardiff fixture later in the year. In today’s money-hungry competitive game, it is nice to see two clubs being amicable and giving something back to the people.

Liverpool’s off-field news has been a lot more uplifting. The perfect Christmas present for Reds supporters across the world was announced on Friday, with our talisman and star player, Luis Suarez, putting pen to paper and signing a new four and a half year contract. Critics might suggest that contracts are pretty worthless, but should things deteriorate the £90 million buyout clause is certainly good insurance. If I’d have been told at the height of the summer that by Christmas the Luis situation would be as it is, I wouldn’t have believed it. I’ve always liked Luis and rated him highly but he has surpassed all expectations and the future of our club is on his shoulders. I hope that all Liverpool fans can do their best to keep him and his family happy in the UK, where he is welcome, whatever the press might be saying. We have something special on our hands, perhaps more special than anything I can remember in Liverpool history. The sky’s the limit with Liverpool Lu.

There have been no further injuries this week and Brendan Rodgers could well start the same eleven from last week. Consistency in central defence seems to have been found with Mamadou Sakho and Martin Skrtel being the favoured formula. I think Jordan Henderson’s engine could really rev up our midfield and I can’t see what could be gained by making any changes to the lineup… Cardiff have only scored 12 goals all season so are not a great threat up front. Craig Bellamy could be vital today for them, with his experience and knowledge of Liverpool, though he faces a fitness test to see if he’s available. Other than that, the Cardiff dugout (whoever is in it!) will have a full side available for selection.

Today’s is a rare fixture. The last time these sides met at Anfield in the league was in 1959. Cardiff were riding high in Division 2 and Liverpool were languishing. Cardiff won 4-0 that day. The match was a pivotal moment in our history, however, as it was the first game in charge for our new manager, Bill Shankly, who, of course reversed the fortunes of our great club and led them to where they stand today. It’s a good job that Vincent Tan wasn’t in charge back then or Shankly may not have lasted…

Apparently, the Cardiff owner has plans to attend the game and the Kop have already stated that they will be joining in with any Cardiff fans’ demonstrations. It will be a Christmas pantomime, whatever the result, though I can’t see Cardiff realistically being able to deal with the pressure and no defender in the world is able to cope with Luis Suarez.

We have to be cautious and keep one eye on the two big away games we have after this one. Chelsea and Manchester City will require full concentration and now is the time to prepare.

The match kicks off at 12.45pm and will be shown live on BT Sport.