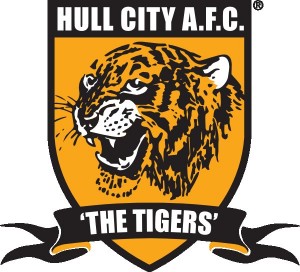 Well, we were all wondering what our two Christmas fixtures against Manchester City and Chelsea would bring and unfortunately they brought nothing – well – in terms of points that is. We have slipped from top of the league at Christmas to out of the top four by New Year, the first team ever to record that achievement. Everyone knew Manchester City and Chelsea away would be tough nuts to crack. We need to reverse the slide and get three points today. On paper, Hull at home looks a perfect opportunity to do so. Anfield is a fortress once again. However, it was only the start of last month that saw us put is a dismal display at the KC Stadium and get thrashed 3-1 by Hull City (Gerrard The Red match report here: http://gerrardthered.com/match-report-hull-city-vs-liverpool-01-12-13-474 ). Steve Bruce won the battle of the managers that day and frustrated us defensively and took full advantage of our players not giving a 100% performance. Revenge is on the cards and our New Years Day fixture, the start of the New Year is a MUST-WIN at all costs.

The injury crisis has deepened at Liverpool. The two losses unfortunately had an additional toll on our already depleted manpower. Joe Allen is out with a abductor strain and Mamadou Sakho has hamstring trouble. Added to those already missing we really are scraping the sides in terms of squad numbers. Jordan Henderson did take a heavy knock against Chelsea though it looks as though it was nothing too serious and he should be back today. The good news is that Steven Gerrard, who has been back in training, might be available should he pass a late fitness test. We are exceptionally thin on the ground in central midfield and should our captain return it would be a boost in terms of morale. Otherwise, we will be relying on youth team players stepping up in an area which was completely bossed by Tom Huddlestone for Hull back in December.  Daniel Agger should retain his position in central defence and hopefully he can consolidate his role there rather than move out on loan to Napoli during the transfer window. Aly Cissokho is likely to get a recall at left back and has to attempt to prove his doubters wrong. Is he up to the required level for high-class Premiership football? Victor Moses will be back available for selection though I’d imagine he’ll start on the bench with the boss favouring our attack trio Phillipe Coutinho, Raheem Sterling and Luis Suarez.

For the Tigers, they have fewer injury concerns; midfielder David Meyler and defender Alex Bruce have both recovered from recent injuries. They do miss their top scorer Robbie Brady who is still sidelined with a  groin injury. Hull are punching above their weight in the league and are just inside the top half of the table in tenth. They have been difficult to deal with for many top sides and will be prepared to battle with us today, still high on their recent victory over us. They also go into the game on the back of a 6-0 whooping of Fulham. The state of mind in each changing room could not be different.

Liverpool can expect to face a confident side, not afraid to mix it up with top opposition. They will use a physical game which we do struggle to deal with. I think that Chelsea were most effective against us by being physically aggressive. Hull are a more traditional hacking side and as previous seasons clearly demonstrate,Liverpool are more likely to flounder against lowly teams than against the more fluent, skilful clubs. Huddlestone will need to be dealt with properly and I can see us having issues in central midfield. Lucas Leiva could be critical to a victory. I may seem a bit negative – after all we have scored at least three goals in our last six home league matches. If we can repeat this today then I can’t see Hull matching our strike rate and we should get the three points and hopefully march back into the Champions League places.

The game kicks off at 3pm and isn’t televised live in the UK. I’d recommend getting a good internet stream at http://wiziwig.tv