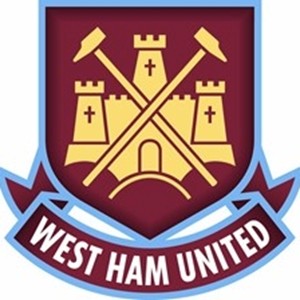 Liverpool are on a high after their midweek drumming of Norwich which was maybe the highlight of our season. Will our form be maintained? Today’s Anfield visitors are West Ham, who in contrast to Liverpool, had a messy 1-0 defeat midweek to lowly Crystal Palace. West Ham have made 55 visits to Anfield in the league and have won just three. In September 1963 they had their last success against us. Having said that, I can remember a West Ham team giving us a damned good run for money in the 2006 FA Cup Final. They are a big club, with good support and as the league has already demonstrated to Liverpool’s woe this season, anything can happen in ninety minutes.

Liverpool have two key players, Daniel Sturridge and Jose Enrique missing with long term injuries, but the impact on our squad is minor compared with West Ham’s poor run of luck. Ricardo Vaz Te, Razvan Rat, George McCartney and Alou Diarra are all missing. Former Reds striker Andy Carroll is back in light training, though still unlikely to feature. To compound the injury woe, Ravel Morrison picked up a post final whistle caution taking him to a season tally of five so he will be serving a ban. A possible thorn in the West Ham squad, who could step up to haunt us is Stewart Downing. I felt he performed very well for us in the second half of last season and was surprised that he was allowed to leave on such a low transfer fee. I haven’t really been following his form this season, but his knowledge of our game will certainly help in the away dressing room.

West Ham sit one place out of the relegation zone so another season of dodging the relegation bullet looks in store for them. They usually only start playing in the last couple of months of the season. Liverpool are within their targeted zone – just. Everton are just outside the Champions League places in fifth, behind us only on goal difference. Tottenham are still within striking distance but the heights of Arsenal look a dizzying distance away and CHelsea and Manchester City are starting to show good form, even if both had shakier starts than us.

West Ham have scored fewer goals than Luis Suarez all season, even with him skipping the first five games. Perhaps we should just send him out alone and all will be well? It might not be quite as easy as that though… The Hammers, despite their low position, do have a much tighter defensive record. Norwich, for example, have conceded 28 goals to West Ham’s 15. Defensively they are one of the best sides in the league and are even better than us. Liverpool have conceded 17 goals this season, a frightening statistic, considering our leanness at the back in previous years. We do have work to do at the back. Simon Mignolet needs to settle properly and a stable centre back pairing needs to be found desperately. When we start facing the top sides, this leaky defence will prove critical.

Three changes were made after the Hull disaster and Daniel Agger, Joe Allen and Philippe Coutinho can realistically expect to hold their starting lineup places. I expect a quiet game defensively though our attack could find it frustrating. As super and red-hot as Luis is, West Ham are quite capable of shutting up shop. That tactic works very effectively against us and their 0-0 draw in the corresponding fixture last season could be inspiring to Sam Allardyce’s men. The pressure is on but I’d imagine a boisterous Kop could prove vital. Now that Uruguay have been drawn in England’s group for the World Cup, I’d expect the Luis Suarez haters to be really chomping at the bit. He will have to learn to deal with the venom of away fans from here on out and I’d imagine the tackles flying in on our star man will be even more heavier than usual. God only knows what the media have in store for poor Luis as the summer draws near!

There are rumours of a mural on the Kop thanking Sam Allardyce for re-signing Joe Cole.

The match kicks off at 3pm and isn’t being televised live. I’d recommend trying http://wiziwig.tv to find a decent live internet stream.