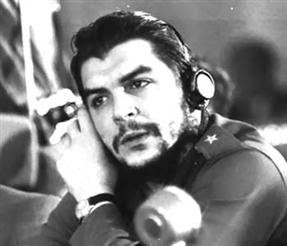 In February 1958, Che Guevara, a leading revolutionary in Cuba, set up Radio Rebelde, to help the cause of the July 26th movement. Led by Fidel Castro, this movement had been encamped in the hills of east Cuba, the Sierra Maestra, fighting a guerrilla war against the Cuban army forces of General Fulgencio Batista, the Cuban Dictator. This war had been waged since December 1956.

A small band of exiled Cubans had returned to the island under the leadership of Fidel Castro. They sailed from Mexico aboard the Granma. A young Argentinian doctor called Ernesto ‘Che’ Guevara, formed an integral part of this movement. ‘Che’ would eventually lead his own column in the march out of the Sierra Maestra to the Llano in the final offensive on government forces to seize control of the Cuban cities. In the new Cuban Revolutionary Government, Che would have leading roles. His literate mind and eloquence would make him the most famous revolutionary in the world. In his later job for the Cuban government he would address the United Nations as well as form a key member of the Communist ruling elite. He was to hold the position of Minister of Agriculture and he would also be the key Cuban contact in their relations with the Soviet Union, participating in particular heavily during the Cuban Missile Crisis in 1962.

This ‘face of the revolution’ was an idealistic thinker. He was an intellectual. A thinking man’s fighter. Che had been inspired to join the July 26th movement as a result of his motorcycle travels through Latin America where he witnessed the social struggle of the poor and felt directly the effects of US imperialism. In Guatemala, Che witnessed the CIA overthrow of the régime of Jacobo Arbenz. Che had realised the importance of the CIA’s clandestine radio operation in Guatemala. They had set up a station, La Voz de la Liberación, which broadcast propaganda. In Cuba, Batista had been utilising propaganda, manipulating the course of the war, falsely reporting casualties of the Rebels, and lying to the people in general. Censorship had been introduced and correct information was difficult to determine. Several journalists had visited the Rebel bases in the Sierra Maestra but this would not suffice for the anticipated revolution. At Che’s command post, Pata de la Mesa, some radio equipment arrived and the first broadcasts of Radio Rebelde were transmitted.

Radio Rebelde was run on a short wave transmission. Its content consisted of latest combat news, music and spoken literature. It broadcast nightly and began with the Cuban national anthem and the 26th of July hymn. The station had a slogan “¡Aquí Radio Rebelde!” “(Here Radio Rebelde!”).There were a few teething problems and initially the broadcasts were not very powerful. However, the persistence of the idea meant that by the time of Batista’s fleeing of the country on January 1st 1959, which signified the end of the revolution, Radio Rebelde had achieved stability and had been having an impact. Capt. Luis Orlando Rodríguez was in charge of the intial broadcasts before a specialist, Carlos Franqui , arrived from Miami, United States, to become the movement’s overall director of information.

On New Years Eve 1958 and on the morning of the first day of the New Year, Fidel Castro broadcast across Radio Rebelde, rejecting any prospect of the military staging a coup to oust Batista. He reported that Che’s forces had taken Santa Clara and called on the rebel forces to push onto Havana and Santiago. He called for a further general strike. The last words of revolutionary Radio Rebelde were “¡Revolución Sí, Golpe Militar No!” (Revolution Yes, Military coup No!). Hours later the government forces unconditionally surrendered and the revolution had, against all odds, succeeded.

The concept of realtime propaganda has changed the face of war and became an essential tool of modern warfare. Propaganda has always been an important factor, but without Radio Rebelde, the struggle of the July 26th movement would undoubtedly have been protracted.

Radio Rebelde is still running in Cuba today, broadcasting on FM to 98% of the island. Perhaps in this day and age, they would be using an internet broadcast. As yet, at Krykey, we are unaware of a revolutionary radio station on our network. But who knows about the future? Perhaps a twenty-first century Che will seize advantage of the broadcasting potential of internet radio, and reach out to the people to overthrow tyranny and evil?…

Oppressive governments of the world: BEWARE!