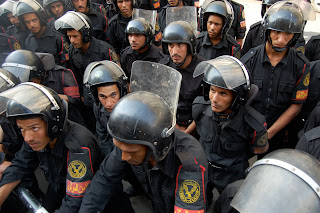 This article is inspired by a bad dream that has just woken me up at 0740am.
‘Without a doubt, princes become great when they overcome difficulties and obstacles that are imposed upon them; and therefore fortune, especially when she wishes to increase the reputation of a new prince, who has a greater need to acquire prestige than a hereditary prince does, creates enemies for him and has them take action against him so that he will have the chance to overcome them and to climb higher up the ladder his enemies have brought him. Therefore many judge that a wise prince must, whenever he has the occasion, foster with cunning some hostility so that in stamping it out his greatness will increase as a result.’ Niccolò Machiavelli (in The Prince)

Politics according to Machiavelli is an evil and ruthless game of cunning and to be honest is something which I do not relish. I find it boring and full of wicked people. Every so often in life, however, we are dealt a strange twist of fate and end up staring straight down the barrel at the perils of the political system created by our masters. I write this article as a moment of inspiration, though with a touch of antecedent clairvoyance and inevitability. The time is now and while the IRON LADY still lives on and is yet to draw her last breath I thought I’d pencil some thoughts into print.

Margaret Thatcher is a name one associates with British politics at the very least. A striking figure who cut the world stage at an exciting time of history, of that there is no doubt, but here are some of my words that I wish to get published to my blog all ready to be posted at the time of her death as the world readies itself for public outpourings of grief, mingled with images of torn bodies of victims of the Falklands conflict and the strikes of brutalised South Wales miners.

I grew up in South Wales though was too young to appreciate what was happening during the miners’ strike. However, my earliest memories of politics came to me at playgroup when a woman announced that free milk was being stopped for all children and that when we went onto infants school we would no longer qualify for a nice cold jar of white midmorning. The Korovo Milkbar’s playground rang to the tune of ‘Thatcher Thatcher, Milk Snatcher!’ as we, bereft of our beloved Moloko Vellocet, marched out to the tunes that the older kids had drilled into us. The lady on the news had made her feelings known and though I understood not why, politics had reared its ugly head for the first time in my life.

Free milk or not, my feelings for Thatcher have arisen through my latter years of contact with the system’s antics. In my short thirty-two years of life I have unpleasantly witnessed on about 8 separate occasions, government employees issuing me with rights leaflets about detention under the mental health act. Clearly printed on every leaflet is that the act issues from 1983, passed during Thatcher’s time as prime minister. The act gives far-reaching powers to the government to lock people up, in contrary to their rights under the Magna Carta or indeed UN Universal Declaration of Human Rights, in psychiatric institutions. Surely mental hospitals are necessary and a place where sick people go to be cured? I tell you for a fact that mental hospitals are not full of dangermongers waiting to cut you up on the streets or boil your children alive. Psychiatry is a modern evil, a subject with no antiquity in its distant past, no foundation for Freud’s nonsense in a classical education. Psychiatry is a system of torture founded on the principles of chemically altering the brains of laboratory animals and passing on the control methods to those that rule the masses. As a science it cannot claim to exist as there is no scientific proof of any of the illnesses psychiatry diagnoses and treats, let alone cures. It is plain and simple torture and masquerades in the public eye as a humane necessity, disguising the real fact that it is a tool of oppression.

Thatcher passed the Mental Health Act law as it stands during her time as head of government and for that I thank her not. Subsequent governments have amended the act and in particular, if you question the political polarity of this read, a certain Tony Blair, who introduced the far-reaching powers of CTO or Community Treatment Orders under which I currently reside.

What I wish for is that my human rights are respected and that the Mental Health Act should be abolished. This will never happen as we live in dark times. Perhaps I should let my vengeful side reside a little and hope that during Baroness Margaret’s lifetime she should experience a little taste of her own medicine. Maybe 15 baton-wielding, handcuff-toting plastic-clad coppers could break into her bed lairs and pounce on her unawares. She could be presented with the last clear picture a disciplined mind gets to see; a rights form of the Mental Health Act. 3 pages of printed nonsense detailing how you can appeal against the butchery that is about to occur. A foreign immigrant doctor gives the signal and under the auspices of an army of malicious social workers, your local friendly GP and with the dutiful aid of a torture-trained team of nurse thugs she could be pinned down and viciously stabbed repeatedly in her arse with heavy duty tranqulisers and left to rot in the cells for a prolonged period, force-fed on the faeces of NHS canteens, experiencing at every waking moment the dulcet drone of psychiatric patient indoctrination. The system works and perhaps justice would be served if the freedom that politicians are supposed to protect came to be suspended from them. The public do not know what this murky blanket covers and have a right to be told. Margaret Thatcher to me is a tyrant, and has snatched my freedom.

What political system could save me, what could be different? The masses blindly follow their leaders and rarely question in detail how they act. History writes its own tale. We look back at the brutality of certain regimes such as that of the Khmer Rouge in Cambodia where millions starved to death and mountains of skulls dotted the highways under the auspices of Pol Pot’s army of black-clad child soldiers. He was only investing his methods into the minds of the youth. He empowered them and probably never suspended their free school milk. Yet he will be marked out as an evil man. How will Thatcher be remembered? No doubt statues will go up but I bet there won’t be many in South Wales. I speak from the heart and I am sure that there won’t be a mass exodus of coaches from my local area to attend her funeral. I’d like to be there, of course, just so I could get a glimpse of her arse and see if the friendly Mr Piggys left any battle scars on her, prior to the onslaught she suffered after fifty rounds of needles in her bum.

Many of you reading this will know me and may join in the banter of calling me a lunatic and many of you will believe that I am a sick person in some way. It is only natural to do so, but examine the facts yourself and ask yourselves what you have laid witness to yourselves in my presence. Am I a danger? Is the government’s torture of me justified? Does it help make society a better place?

I end this rant and leave you in peace, but I implore you to never accept the loss of your freedom or personal dignity. Greatness will follow you, of the questioning mind, every way your interrogating hearts allow you in your drives for thirsty success in life. Remember ye, the good people you meet on your travels, and do kindness and be generous to all those that surround you. You will lead a healthy life and be prosperous. Freedom exists.